Yaoki Yakiniku restaurant is one of the popular destination for “Yakiniku”or “grilled meat” at SagamiOno, Kanagawa Japan. But, Yaoki (restaurant) is not only serving the finger licking grilled meat but also playing a great role in the field of art and culture by organising the famous Japanese traditional entertainment “Rakugo” which is popularly known as Yaoki Yose.

● History of Yaoki Yose
Yaoki Yose was launched in 1986. The lady owner who is generally called as Okasan by many people wanted to provide a platform to the young Rakugo storytellers so that they can also get recognition by showcasing their skills to people and that is how the idea of Yaoki Yose was born. With this vision in mind she discussed her idea to her husband and he also agrees. The first Rakugo was organised in the Yaoki Yakiniku Restaurant on 30th August 1986. However, further dates for the Rakugo were decided as 8th, 18th and 28th of every month.
Third Monday currently even month, HachiOkoshi vaudeville at HachiOkoshi store has been held.

● Performing at Yaoki Yose
A rakugo story teller generally has to get registered or permitted by National Theatre in order to perform at the places like Ueno Suzumoto, Shinjuku, Asakusa entertainment Hall, Ikebukuro Entertainment Hall. But, Yaoki Yose is a platform for young artists to show their talent to the audience without getting registered with the National Theatre. Yaoki Yose is helping these young artists to earn their name and fame.

Yoki Yose team comprises of four people and each artist is allotted a specific time for the performance. All the four artists are specialised in the different style of Rakugo and are associated with different Rakugo associations.

※ If the day ticket is sold out there is that admission is refused, please pardon.
※Please check here for the official HP for Green Hall Yaoki vaudeville 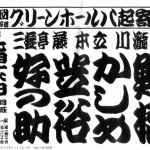 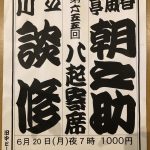 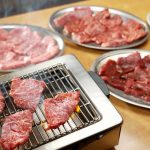 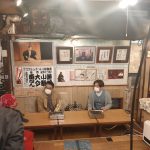